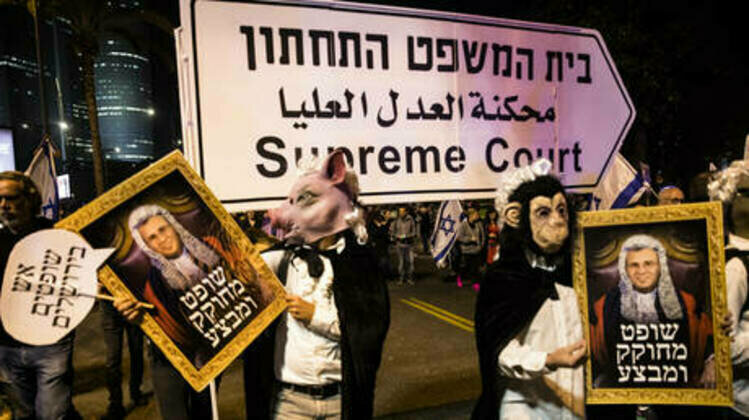 Netanyahu promised Deri he would "find a legal way for you to contribute to the state of Israel" in a letter to his loyal underling, whom he insisted he had only fired with "a heavy heart and great sorrow." The Israeli leader reportedly read the letter aloud during a Cabinet meeting.

Deri, who denied making any promise to quit public office despite the Supreme Court's claim, has pledged to continue leading Shas, a coalition partner of Netanyahu's Likud Party, and vowed to assist the government in implementing its agenda, which includes weakening the power of the Supreme Court that ordered him fired. He will officially step down from the Cabinet role on Tuesday while remaining a member of the Knesset and keeping his vice-premier title.

Deri told the media on Sunday that contrary to reports, there was never any question of compliance with the High Court's decision. However, several Shas lawmakers had threatened to abandon the governing coalition following the court ruling, and Housing and Construction Minister Yitzhak Goldknopf of the United Torah Judaism party, a coalition partner, told reporters on Sunday that his party would continue treating Deri as minister in spite of the ruling.

While another Shas member is expected to be named in Deri's stead, Netanyahu's own legal troubles - the PM remains under indictment for corruption and bribery - raise questions about who will fill the role on a temporary basis. While the PM normally assumes the responsibilities of a departing minister until a replacement is appointed, Israeli law blocks anyone under indictment from holding any cabinet seat other than the prime minister position itself. Netanyahu's opponents attempted to close that loophole in 2020 but were unsuccessful.

Deri's political career has survived criminal convictions before. The Shas leader was reinstated as head of his party in 2013 after serving 22 months of a three-year prison sentence for bribery, fraud, and breach of trust.