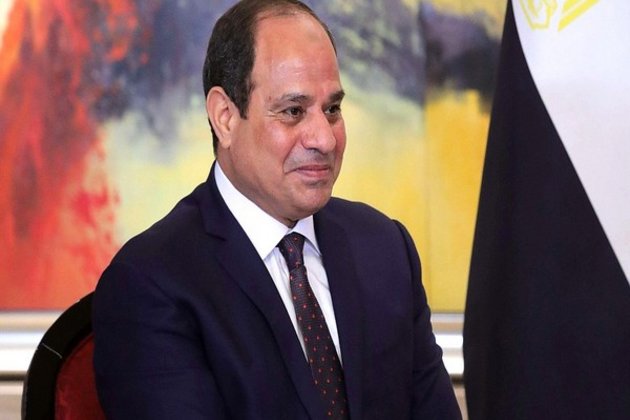 As India has assumed the chair of the G20, the invitation to a leader of an important country in Africa signifies India's role as the voice of the south and an interlocutor between the global South with the North.

"It is the first visit as a chief guest by an Egyptian President. Of course, we did have leaders from the Arab world before. We had the Saudi King also before and others. But, this is the very first time from Egypt," Ausaf Sayeed, secretary (CPVOIA), Ministry of External Affairs (MEA) told ANI on Monday.

"Egypt is a very important bilateral partner for us. We are celebrating 75 years of our engagement with Egypt. In fact, it was one of the first countries with which we established our diplomatic relationship, just the first week itself when we became independent. So, we are looking forward to this visit," he further said.

The stature of the two countries in their respective regions and domains are such that their bilateral engagement could go a long way in positively influencing regional, political and economic scenarios. Notwithstanding ebbs and flows the bilateral relationship is moving on a positive trajectory since they became independent.

These two ancient civilisations had economic and cultural exchanges since time immemorial. Ashoka's edicts refer to his relations with Egypt under Ptolemy II. After independence, both India and Egypt also shared a journey in the promotion of a non-aligned movement.

In modern times, Mahatma Gandhi and Saad Zaghloul shared common goals on the independence of their countries, a relationship that was to blossom into an exceptionally close friendship between Gamal Abdel Nasser and Jawaharlal Nehru, leading to a Friendship Treaty between the two countries in 1955.

The Non-Aligned Movement, led by Nehru and Nasser, was a natural concomitant of this relationship. The bilateral economic ties have grown over the years and are evolving. The India-Egypt Bilateral Trade Agreement has been in operation since March 1978 and is based on the most favoured nation (MFN) clause.

Trade between both countries jumped by 75 per cent year-on-year in FY 2021-2022, amounting to USD 7.26 billion. India's exports to Egypt in FY 2022 amounted to USD3.74 billion, registering a 65 per cent increase over the previous year. At the same time, Egypt's exports to India during the same period reached USD3.52 billion, registering an 86 per cent increase.

As per data from Egyptian Central Agency for Public Mobilization and Statistics (CAPMAS), India emerged as the third-largest export market for Egypt, the sixth-largest trading partner, and the seventh-largest exporter to Egypt. In 2022, India-Egypt recorded the highest-ever bilateral trade of USD7.26 billion, with items like crude petroleum, fertilizers, bovine meat, cotton yarn etc. dominating the trade basket.

The increasing trade relations are reflected in the fact that India was Egypt's eighth-largest trading partner in FY 2021 and now it is the sixth-largest. India's import basket from Egypt is dominated by products such as mineral oil, petroleum, fertilizers, inorganic chemicals, cotton, etc.

The main items exported from India to Egypt include bovine meat, iron and steel, light vehicles, and cotton yarn. Indian companies have also invested heavily in Egypt, to the tune of USD3.15 billion. Recently at the fifth India-Egypt Joint Trade Committee meeting held in Cairo on July 25, 2022, India's Ambassador to Egypt, Ajit Gupte, announced India's plans to inject around USD700 million worth of private investments in Egypt over the coming few years.

TCI Sanmar has announced plans for additional investments of USD400 million and Flex P Films is increasing their investments by USD230 million in the upcoming years. In November 2021, Indian start-up ZoomCar launched its operations in Egypt with a fleet of around 50 vehicles.

SterlingWilson (SW) built a cumulative capacity of 250 MW of Solar PV plants in five projects in Aswan in FY 2019, worth a total of USD250 million, in addition to a data center project worth USD3 million. In February 2020, the company was awarded a contract to set up a cloud data center for Telecom Egypt in a USD30 million deal, apart from a USD2 million worth data center deal with Vodafone Egypt.

In December 2020, SW took over the Kom Ombo Solar Park project from Mahindra Susten following the latter's withdrawal. In fact, despite turbulent phases in Egypt's polity in recent times, the country has invested in India. India has received cumulative foreign direct investment (FDI) of USD37 million from Egypt.

Egypt's El Sewedy group set up in Noida (Uttar Pradesh state) in 2013 for manufacturing smart electric meters. KAPCI Coatings set up their manufacturing plant in Bangalore (Karnataka) to produce car paints with an investment of USD15 million. Modern Waterproofing Group (Bitumode) has a manufacturing facility in Dahej (Gujarat). It is a multinational group of companies that is engaged in manufacturing a wide range of products for the construction industry, including waterproofing membranes and protection boards.

In 2021, an Egyptian IT company M/s 700 Apps started operations in Hyderabad (Telangana) and has plans to expand its operations in near future. The visit has raised hopes and aspirations of both the countries to enhance their bilateral ties to a strategic level. Egyptian Ambassador Wael Mohamed Awad Hamed said that President's visit is an opportunity to forge a strategic relationship based on the similar priorities and national interests of Sisi and PM Modi.

He said, Defence and security cooperation has become an important pillar in India-Egypt relations and both countries are linked through their efforts to ensure peace and stability in the Indian Ocean." He hoped India will lift a ban on wheat exports in the aftermath of Egypt approving the country as a certified supplier of the commodity.

According to the ambassador, the issue of Palestine might also figure during Sisi's visit, Hamed said, adding that Egypt and India can both leverage their good relations with Israel to bridge differences. It is a great and special occasion that for the first time an Egyptian President has been made the Chief Guest of the Republic Day celebrations of India. The journey of the two countries together aimed to make the world better since they together became the founding members of the Non-Aligned Movement (NAM) in 1961.

Since then times have changed dramatically and a new geopolitical order is evolving. India as an Asian leader and Egypt as an African leader could contribute in several ways to sustainable development, peace and harmony.

This is all the more important as India becomes the Chair of the G-20 and tries in earnest to put forth the perceptions of the global South in the global agenda. (ANI)