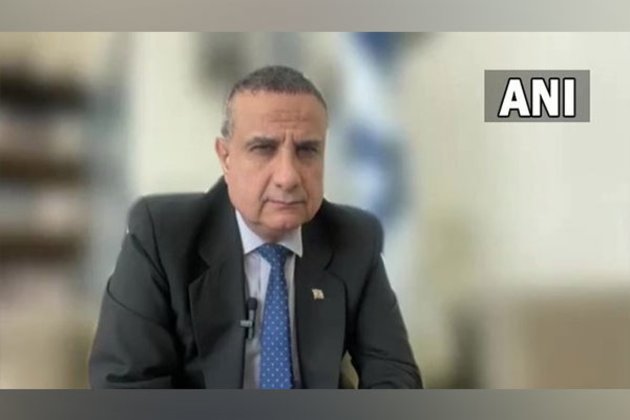 Mumbai (Maharashtra) [India], November 29 (ANI): Israel's Consul General Kobbi Shoshani on Tuesday described IFFI jury head Nadav Lapid's controversial remarks on 'The Kashmir Files' as a "big mistake", and added that the comments made by the Israeli filmmaker don't reflect the country's position on the movie.

"Concerning Nadav, we don't accept it. I personally don't accept it. Ambassador, who was there with me in Goa last night, doesn't accept it. It's his own private opinion. He can say that it's the opinion of the Jury which is alright. But it's nothing to do with Israel," Shoshani told ANI.

"I told him after the speech that he made a big mistake, that it wasn't appropriate. Ambassador and I rolled out comments and tweets in a way that makes very clear what we think about using words like 'propaganda', we don't accept it. He is not representing the State of Israel," he added.

Speaking about his own experiences with the movie "The Kashmir Files", he said, tears came from his eyes when he saw the film. "It was not an easy film to see. I think it was shown in Israel too. We are Jews who suffered from horrible things and I think we've to share others' suffering.""From my point of view, I can't force anyone to apologise. If you ask personally, yes I think he has to apologise because he entered a political dispute in India and it's not something which he has to do," he added.

On Monday, International Film Festival (IFFI) jury head Nadav Lapid called 'Kashmir Files' "vulgar" and "propaganda". His remarks made during the closing ceremony of the film festival, have since gone viral and have invited widespread criticism.

After the remarks of Lapid on "Kashmir Files" set off a controversy, Israeli envoy Naor Gilon slammed the IFFI Jury Head and apologized for the conduct of his countryman at the 2022 IFFI in Goa.

"An open letter to NadavLapid following his criticism of KashmirFiles. It's not in Hebrew because I wanted our Indian brothers and sisters to be able to understand. It is also relatively long so I'll give you the bottom line first. YOU SHOULD BE ASHAMED," ambassador Gilon tweeted.

Gilon, in a series of tweets, rebuked Lapid and emphasized how the friendship between the people and the states of India and Israel is very strong and will survive the damage inflicted by him.

"The friendship between the people and the states of India and Israel is very strong and will survive the damage you have inflicted. As a human being I feel ashamed and want to apologize to our hosts for the bad manner in which we repaid them for their generosity and friendship," said Gilon.

Moreover, the Israeli envoy said Nadav Lapid has abused the Indian invitation to chair the panel of judges at IFFI Goa, as well as, the trust bestowed on him.

Israel's former envoy to India, Daniel Carmon also said Lapid should apologize for his personal remarks on historical facts without any sensitivity.

"He definitely should apologize for his revolting personal remarks on historical facts without any sensitivity,not really knowing what he was talking about. I strongly urge our many friends in India not to be drawn by one person's remarks to doubting the facts about the Holocaust," Carmon tweeted.

"An unfortunate comment which reflects his own and only his own views and total lack of basic sensitivity or knowledge of what he talked about," he added. (ANI)