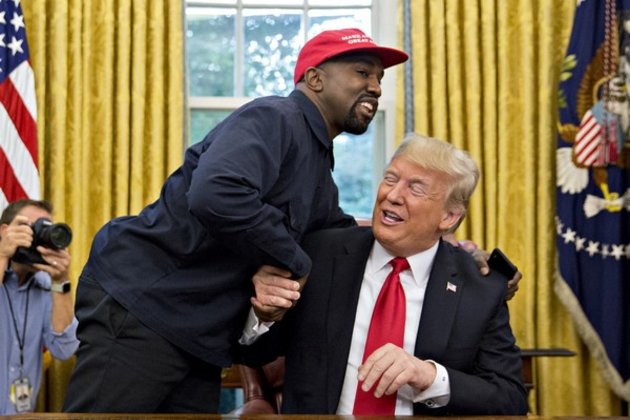 Washington [US], November 23 (ANI): Rapper-producer Kanye, is back in the presidential race!In a surprise announcement, Rapper Kanye West stated that he will run for US president in the 2024 elections.

As per a report by Billboard Magazine, the 'Dark Fantasy' rapper confirmed his upcoming campaign over the weekend.

In a video posted to Twitter by @RedPillGangTV, the 'Heartless' singer was asked by paparazzi whether he will run for Presidency again.

"This is Milo right here, working on the campaign" the rapper said, pointing to him.

Republican Congresswoman Marjorie Taylor Greene formerly had Milo as an intern, as per a report by Billboard Magazine.

The rapper also took to Twitter to announce that he proposed former US President, Donald Trump, to be his 'running mate'.

"Can't believe I kept President Trump waiting" he wrote. "What you guys think his response was when I asked him to be my running mate in 2024?", he asked his fans in the same tweet.

Kanye had earlier attempted to run for US Presidency in 2020, for which he launched a campaign under the 'Birthday Party' banner.

Unfortunately for the 'Gold Digger' rapper, the campaign didn't result in a win.

As per a report by Billboard Magazine, Kanye had registered his party late.

He made a single major appearance throughout his campaign, accompanied by just two video advertisements at the last moment.

This year has been quite a rocky time for Kanye, who made headlines for his anti-Semitic remarks.

Meanwhile, Trump recently announced that he would seek the Republican Party nomination to contest in the 2024 elections after losing to current President Joe Biden in 2020. (ANI)