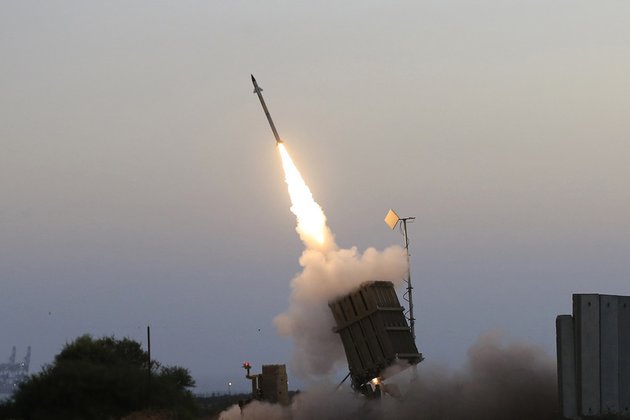 Romania is "very keen" to acquire Israel's Iron Dome missile defense system, Israeli newspaper Haaretz reported on Tuesday. Regardless of whether the sale goes through or not, Romanian Defense Minister Vasile Dincu said he wants to step up weapons purchases from the Jewish state.

Romania's interest in the deal, which would make it the first NATO country to field the Israeli system, was attributed by Haaretz to anonymous sources. However, the news follows a visit by Dincu to Israel last week.

Dincu did not mention the Iron Dome in an interview with the newspaper, but said Bucharest wishes "to improve our military and security cooperation with Israel in many areas."

"We want to learn from Israel how to improve [our] military," he explained. "Because of its experience, Israel has the best knowledge of the subject."

Funded by Israel and the US, the Iron Dome was first deployed by Israel in 2011. It most recently saw action during Israel's three-day operation against the Palestinian Islamic Jihad in August, with Israel claiming that its radars and missile batteries detected and intercepted 97% of rockets launched from the Palestinian enclave of Gaza.

Despite its apparent efficacy, Israel has not managed to find many foreign customers for the system. While a number of nations - including Canada, Finland, India, and Singapore - have bought its radar component, only the US and Azerbaijan are confirmed to have bought its missile batteries, with the US Army buying only two. Cyprus reportedly agreed to buy the system last month, while Germany is also considering acquiring it, according to recent reports.

Romania's interest in Israeli weaponry is also financial. Romanian factories already manufacture components for Israeli drones, turrets and other equipment, and Dincu wants to expand on this, and to sell Israeli arms to Romania's NATO allies.

As the US jointly developed the Iron Dome, any sale of the system to a foreign country needs Washington's approval.