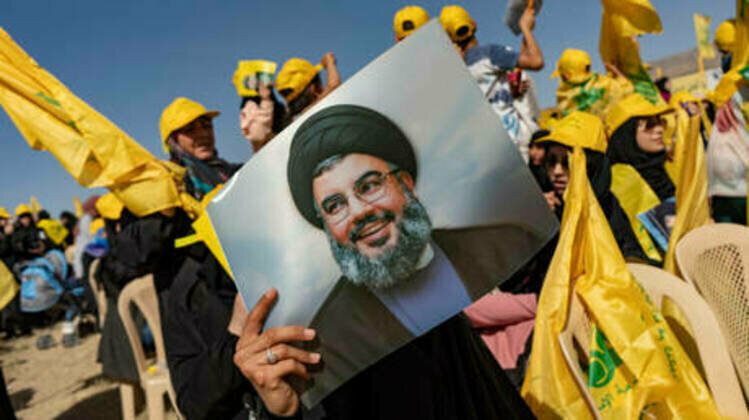 Lebanon's Hezbollah militant group has posted a video suggesting that Israel's offshore natural gas industry will come under attack unless the Jewish state resolves a maritime border dispute with Beirut.

The group posted a video on Sunday showing drone footage of vessels and production platforms involved in tapping Israel's massive offshore gas deposits. The video also showed coordinates for each location featured. It began with words from a recent speech by Hezbollah leader Hassan Nasrallah, warning that "playing with time is not useful" in the territorial dispute.

According to the video, the footage was shot on Saturday and on June 9. The images were reportedly captured at Karish, a field in disputed waters where London-based upstream firm Energean plans to start pumping gas under a contract with the Israeli government later this year.

The territorial dispute escalated after Energean's floating production, storage and offloading (FPSO) vessel arrived at Karish in June. The field is located about 90km west of Haifa, near Israel's larger Leviathan and Tamar gas developments, and it's estimated to hold upward of 1.8 trillion cubic feet of the fuel.

Lebanese President Michel Aoun warned at the time that any attempt to tap gas deposits in the contested area without first resolving the dispute would be seen as a "provocation and an aggressive action." West Jerusalem has insisted that the Karish block is located entirely within Israel's exclusive economic zone, as recognized by the United Nations, and isn't subject to the maritime dispute between the countries.

The US is mediating negotiations between Lebanon and Israel. In fact, the Hezbollah video was issued hours before US envoy Amos Hochstein was scheduled to meet with Lebanese leaders in Beirut. "Reaching a resolution is both necessary and possible but can only be done through negotiations and diplomacy," the US State Department said on Saturday in a statement.

The stakes are high for Lebanon. Getting in on the Levant Basin gas boom would potentially help the country ease an energy crisis that has led to frequent blackouts. Revenue generated by contracts with gas producers might also help speed Lebanon's recovery from its financial collapse, which has dragged on since 2019.

Israel, which was previously thought to be poor in hydrocarbon deposits, went from being a net importer of fossil fuels to self-sufficient after US upstream firm Noble Energy and other explorers began striking gas in the Levant in 2000. Leviathan is estimated to hold 18 trillion cubic feet of gas, and its development allowed Israel to become a significant fuel exporter in 2019.