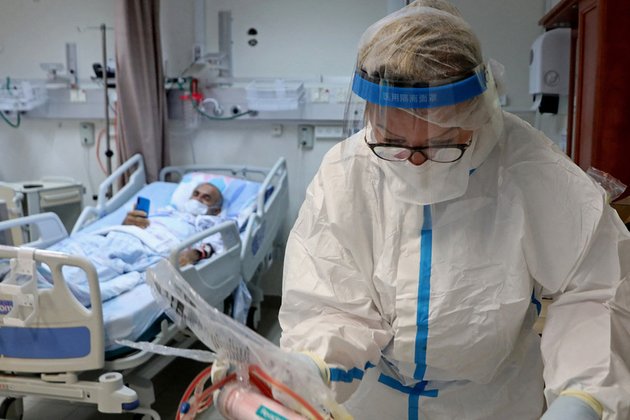 Officials are reportedly looking at bringing back the indoor mask mandate

Israel has been hit by a new Covid-19 wave, with a rise in patients infected with the BA.5 variant, the Health Ministry has said. According to reports, the government is looking at bringing back the indoor mask mandate.

"We're careful with terminology because we had something like this a month or so ago - there was an increase, and it went down very quickly. This time is actually different, and there is a new variant, the BA.5, which is more contagious," Ministry of Health Director General Nachman Ash told Radio 103FM on Sunday.

"I think that it's possible to start calling this a new wave... I hope that, like during the Omicron wave, we can get through this without special restrictions."

Israeli public broadcaster Kan, meanwhile, quoted a Health Ministry source as saying that officials will examine whether to return to the indoor mask mandate, which was lifted in late April.

The infection rate and hospitalizations have been rising since late March. On Sunday, the Health Ministry reported 4,931 new Covid cases, compared to 3,339 a week earlier, and 1,575 two weeks ago.

There were 158 patients in serious condition on Sunday morning, compared to 106 last week, according to Israeli media.

Israel's top Covid-19 response official, Salman Zarka, said this week that nearly 50% of people infected with the virus had the BA.5 variant. "The variant produces a relatively mild disease among young people, but we're seeing a rise in hospitalization," Zarka said.