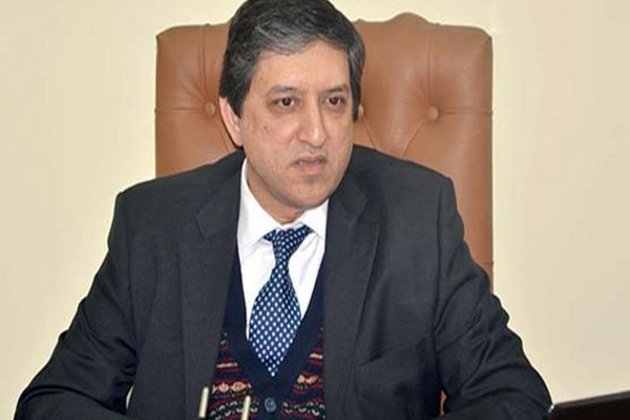 Islamabad [Pakistan], June 19 (ANI): Backtracking from his earlier remarks on potential ties between Israel and Pakistan, Pakistan People's Party (PPP) Senator Saleem Mandviwalla on Sunday said he never supported the recognition of, or trade with, the West Asian state, and insisted that his words were being "distorted".

This comes as in an earlier statement, contrary to Pakistan's longstanding position on Israel, PPP Senator Saleem Mandviwalla on Saturday said that though people criticize Israel, Islamabad should not stop dialogue with the West Asian country and should look after its own interests.

However, later, the senator insisted that recognising Israel was not in Pakistan's interests. The senator emphasised that his views on Israel were quite clear that Pakistan should not recognise it, saying: "I have made a similar statement in the parliament also."Earlier, the Senator in an exclusive interview with Pakistan's local media outlet, the Dawn said, "We should not stop dialogue and trade with any country. People criticise Israel [but] we have to look after our own interests."Speaking upon the ongoing negotiations of the Middle East nations with Israel, Mandviwalla said that Pakistan must also do what suits its own interest."It remains to be seen whether a deal with Israel is in Pakistan's interest or not," he added.These developments are also crucial as PPP is a part of the Pakistani government. Senator's remarks also come in the backdrop of the latest episode where a number of Pakistani expats and a couple of citizens recently travelled to Israel as part of a delegation.

This sparked a controversy, with former prime minister Imran Khan and his party continuing its rhetoric and saying that the visit is also a part of a foreign conspiracy against his previous government, as per the media portal.The former Pakistani PM Imran Khan also alleged that the trip had their successors' tacit approval.The incident was discussed extensively in parliament as well as during press conferences and public meetings. It was portrayed as a political step by the government. The controversy was raised in the upper house of parliament by Jamaat-i-Islami Senator Mushtaq Ahmed who demanded that the nationality of those expatriates of Pakistani origin who travelled to Israel be cancelled and the NGO that facilitated their visit be banned.It is worthy to note that Pakistan does not have diplomatic relations with Israel and the country does not recognize the nation. The country has been a staunch supporter of demands for a Palestinian state, reported Dawn.The Abraham Accords - a joint statement made between Israel, the United States and the United Arab Emirates on August 13, 2020 referred to the agreement reached between Israel, Bahrain and the UAE to normalise relations between the three.Following this deal which was brokered by the US in 2020, Pakistan clarified that it cannot recognise Israel until a "just settlement of the Palestinian issue" is found. (ANI)