Israel secretly coordinates Syria airstrikes with the US -WSJ 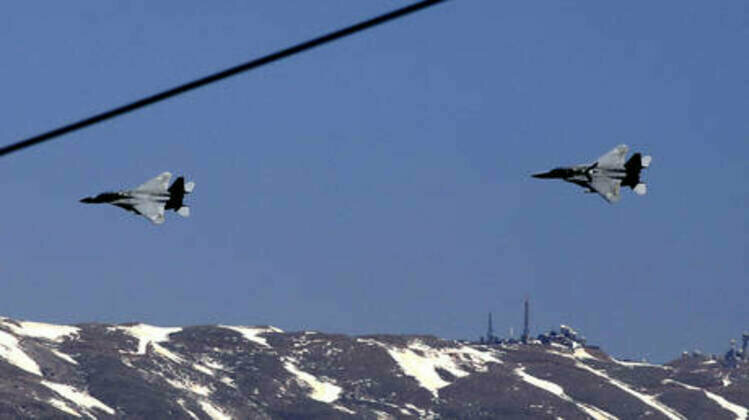 America is making sure the IDF attacks don't interfere with their operations in the country, US officials claim

Israeli strikes against Iranian-linked targets in Syria have been carried out with the secret approval of the US military, the Wall Street Journal reported on Thursday.

Israel Defense Forces (IDF) have been coordinating their attacks on Syrian targets with the Pentagon and US Central Command, the Wall Street Journal reported on Thursday citing current and former US officials.

The dialogue was reportedly needed to ensure raids by Israeli jets didn't interfere with the operations of the US contingent, stationed at the Al-Tanf base near Syria's border with Jordan.

According to the sources, the vast majority of the IDF strikes have been reviewed by Washington. But the US didn't help the Israelis pick their targets, they added.

It's a "well-developed and deliberate process," one former US official said.

The secrecy surrounding those contacts "shows how Washington has sought to support its Israeli ally without being drawn into Israel's shadow war against Iran," the WSJ noted.

Israel has struck numerous targets in Syria in recent years with the aim of reducing the influence of its arch-rival Iran. Together with Moscow, Tehran has been helping Damascus fight international terrorism.

Syrian authorities have protested the IDF raids, saying they violate the country's sovereignty and international law. Damascus also considers the US presence at the Al-Tanf base an illegal occupation.

"There is tacit American support for the Israelis acting to blunt the Iranians' efforts to spread weapons around and build their leverage throughout the region. But there has also been a consistent hesitancy about wanting any fingerprints on this," Dennis Ross, a former US Middle East peace envoy, told the WSJ.

"It would be irresponsible if there was not deconfliction and coordination because of the risk that we could have an inadvertent problem," Ross added.