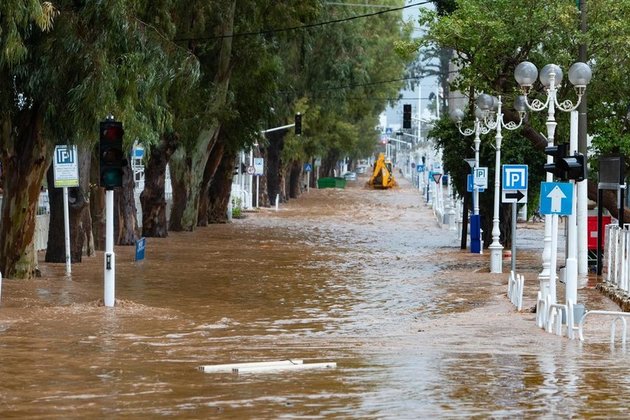 Icy rains hit Israel over the weekend, leading to flooding and property damage

Cars were submerged under water and streets were turned into turbulent rivers in Israeli cities over the weekend after torrential rain and cold weather battered the nation and led to flash flooding.

A neighborhood housing some 18,000 people in the Israeli city of Lod was completely cut off by floods, Israeli media reported on Sunday. Local authorities warned the residents that the only way to get in or out of the area was by train.

Locals told the media that life in the area had come to a halt, with even health clinics and Covid testing centers ceasing operation.

Elsewhere in Israel, floods turned city streets into rivers and saw cars submerged under water. Rescue services were deployed to save people trapped in their vehicles.

In Petah Tikva, a major city just east of Tel Aviv, some residents apparently chose a more convenient way of going about their business, with some filmed kayaking through streets that had been turned into waterways.

Photos and videos published on social media showed turbulent waters rushing through various city streets and even gushing through a cafe in the city of Ashkelon. Large swaths of territory appear to be under water in several regions, with motorists trying to negotiate city avenues that had turned to rivers.

On Sunday, temperatures also dropped to a lower-than-average level for the time of year, according to reports, as the nation's meteorological service warned that the risk of flooding in some areas, including the Judean Desert and the Dead Sea, would remain through the rest of Sunday.

Heavy rain and floods are common in Israel during winter. In December 2019 and early January 2020, seven people lost their lives during several weeks of torrential rains. This time, there have been no reports of casualties so far.