One Palestinian martyred, other injured by Israeli occupation fire 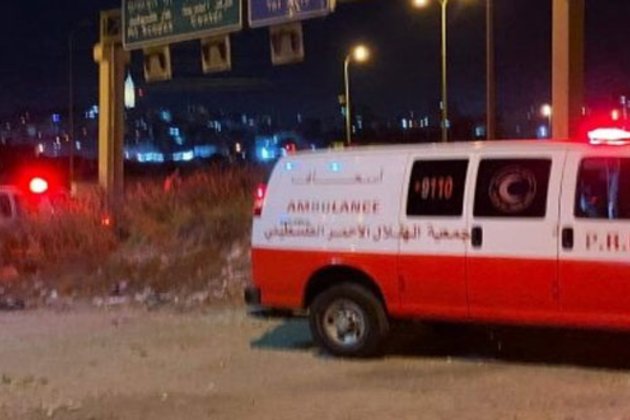 Occupied Jerusalem, SANA- An elderly Palestinian man was martyred on Wednesday after his arrest and abuse by the Israeli occupation forces in Jaljalia village, north of Ramallah in the West Bank.

An 80-year-old Palestinian man was martyred early today after Israeli soldiers detained, blindfolded, and handcuffed him in the village of Jaljalia, north of the occupied West Bank city of Ramallah, Fouad Moutee, Head of the Jaljalia village Council, told WAFA News Agency.

The occupation forces continue their aggressive practices against the Palestinians with the aim of displacing them and seizing and Judaizing their lands.

Meanwhile, the occupation forces shot a Palestinian young man under the pretext of trying to throw a Molotov cocktail at one of their checkpoints near Halhul Bridge, north of Hebron in the West Bank, wounding him before arresting him.

12 Palestinians were injured as a result of the Israeli occupation forces' attack on them yesterday in al-Bireh City in the West Bank.

FORT PIERCE, Florida: The U.S. Coast Guard is searching the waters off eastern Florida, with hopes of saving 39 missing ...

BANGKOK, Thailand: In a landmark move, Thailand, on January 25, emerged as the first Asian nation to decriminalize the use ...

TAIPEI, Taiwan: In its largest sortie in 2022, China sent 39 warplanes towards Taiwan on January 24, amidst tensions over ...

PARIS, France: Under the latest COVID-19 rules adopted by the French government, leading tennis player Novak Djokovic could be allowed ...

WASHINGTON D.C.: The percentage of students graduating from U.S. high schools in 2021 plummeted in twenty states due to Covid ...

GAINESVILLE, Florida: Shark attacks soared worldwide in 2021.Research conducted by the Florida Museum of Natural History and the American Elasmobranch ...

In bid to move supply chain to US, Intel to build chip plant in Ohio

SANTA CLARA, California: Chip maker Intel has announced that it will invest more than $20 billion in two new chip ...

MENLO PARK, California: Facebook's parent company, Meta, has announced the creation of what it believes is among the fastest artificial ...

Casino plans to build in UAE in Gulf region

RAS AL-KHAIMAH, UAE: Ras al-Khaimah, one of the UAE's seven emirates, has announced the signing of a multibillion-dollar agreement with ...

SYDNEY, NSW, Australia - It was a bloody day on Asian markets on Thursday following gyrations on U.S. markets overnight.A ...

Ireland has 17th highest fuel prices in world, up one-third since 2021

DUBLIN, Ireland: Ireland has among the highest prices for petrol and diesel in the world.In the past year, fuel prices ...