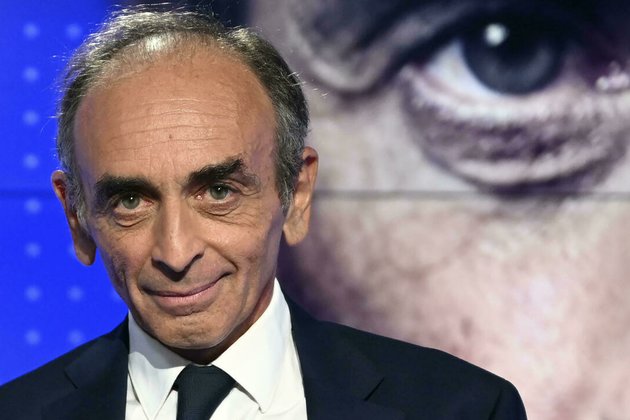 French far-right commentator Eric Zemmour on Tuesday announced he will be running in the 2022 presidential election, joining a crowded field of candidates aiming to unseat President Emmanuel Macron.

Zemmour, a former journalist known for his extreme anti-migration stance, has dominated the pre-election calendar with his polarising language and unrivaled media attention.

But after a meteoric rise in opinion polls, several of which forecast he would make it to the election's run-off round, his popularity has started to slip amid a string of faux-pas.

At the weekend, Zemmour was photographed giving the middle finger to a protester following a tumultuous campaign stop in Marseille.

His declaration came hours before the conservative Les Republicains hold their final TV debate ahead of a congress to choose their candidate at the weekend, with the outline of the April 2022 field now finally taking shape.

"I have decided to take our destiny in my hands. I have decided to stand in the presidential election," Zemmour said in a YouTube video heavy on anti-immigrant warnings and pledges to restore the country's grandeur on the world stage.

"It is no longer the time to reform France, but to save it," Zemmour said, claiming that many voters "no longer recognise [their] country."

Zemmour, who has been convicted of inciting hatred and faces further legal challenges, is also due to appear on the TF1 flagship news programme on Tuesday evening, a traditional step for candidates.

His blunt attacks on Muslims and immigrants have made him a polarising figure, drawing support from both the mainstream right and Marine Le Pen's far-right National Rally, while also alienating others.

Most opinion polls now forecast that Macron and Le Pen will make it to the second round of the vote next April, which the incumbent president would be likely to win.

But Zemmour had led Le Pen for a while, and the race for the number two spot is neck-and-neck in some surveys.