The woke takeover of sport continues across the world 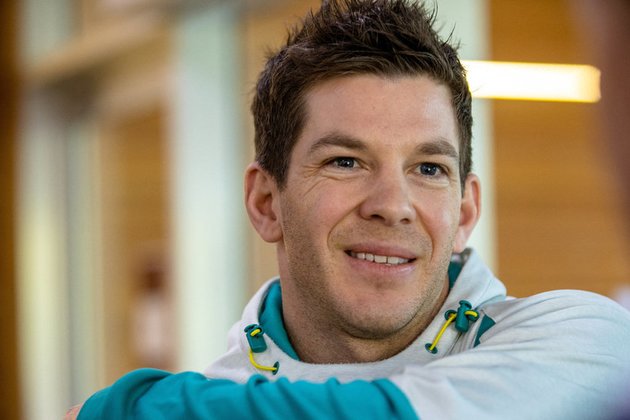 The scandals in England and Australia currently engulfing cricket simply confirm that the campaign by woke elites in the West to take over and ideologically purify sport is proceeding apace.

Institutions in the West - universities, the bureaucracy, large corporations and significant sections of the media, for example - have long since capitulated to woke elite domination.

But professional sport, despite becoming progressively more corporatised since the 1950s, has stubbornly maintained a measure of genuine independence until very recently.

Sport has its origins in play, and its underlying values are at odds with the crude ethics of the marketplace. Most sports are organised on strict gender lines, and sport is an activity where success is essentially determined by individual ability and talent - 'commodities' that cannot be purchased. Furthermore, most sports attract a predominantly working class following.

These characteristics make sport decidedly suspect in the eyes of the woke elite and, in recent years, they have sought to take over and refashion it in accordance with their own ideology.

This determined campaign has employed a predictable array of tried and tested tactics. #METOO style allegations of endemic sexual assault and harassment, or accusations of 'institutional racism' are made in the media in relation to entire sports and/or individual sporting organisations. These allegations often involve events that took place years ago and the terms 'sexual harassment' and 'racism' are defined so loosely that they encompass acts that cannot, on any rational level, be properly defined or proven. Said allegations are often made by disaffected, moderately successful, players with an axe to grind and prompt other players and former players to make similar claims (possibly true, but possibly just attention seeking.)

It is at this point that corporations threaten to withdraw their sponsorship from the club/organising body/tournament/player tarred with this brush. In a panic the sport or sporting body immediately admits its complete guilt and officials resign - to be replaced by members of a more 'prorgressive' outlook. An inquiry is held that inevitably confirms the truth of all the allegations and another round of public self-flagellation is ordered. Individual players, coaches or executives who express 'politically incorrect' views are immediately drummed out of the sport.

The most extreme example of this is transgender activists targeting sports and sporting organisations that oppose their ongoing attempts to destroy female sport altogether. They have been so successful that this year the New Zealand sportswoman of the year award went to Laurel Hubbard, a weightlifter who is not only a biological male but also failed to complete a single successful lift at this year's Olympic Games, finishing dead last in her group.

Recently, many sports and sporting organisations in Australia have found themselves on the receiving end of such campaigns - rendering them dysfunctional and hopelessly divided.

Australian swimming was subjected to #METOO allegations of widespread sexual assault and harassment in the lead up to the Olympic Games this year. The sport's governing body immediately conceded guilt, and a confirmatory inquiry is now underway.

Last year Australian rules football, in particular the Collingwood Football Club, was accused of "institutional racism" by a number of disgruntled Aboriginal players. The Collingwood chairman admitted guilt and resigned - and this year the club struggled to win a game.

Earlier this year, women's soccer was accused of fostering a "toxic culture" of sexual assault and grooming of young players. An inquiry is currently taking place into these allegations.

A few years ago, Rugby Union became engulfed in a scandal when woke officials drove champion player Israel Folau out of the game for expressing a religiously conservative view of homosexuality. The divisions caused by the "cancelling" of Folau have still not healed and have affected the subsequent performance of the Australian rugby team on the field.

This brings us to the twin scandals currently besetting cricket in England and Australia - that have emerged, not by accident I suspect, in the lead up to the Ashes series due to commence in Australia in a few weeks time.

The English scandal - which centres on Yorkshire County Cricket Club - is a textbook lesson in woke inflammation. The complainant is Azeem Rafiq, who was born in Karachi and played cricket for Yorkshire some years ago. Rafiq has alleged he was subjected to systematic racism while playing for Yorkshire. Amongst his allegations are that former England captain Michael Vaughan once said to him "there are too many of you lot" (Vaughan has denied this), that other players had called him a "Paki," and he was forced to drink red wine (Rafiq is Muslim) when he was 15.

Rafiq was given the opportunity to appear before a parliamentary committee recently and tell them how his life was "ruined" (he now suffers from mental health problems) by the alleged abuse.

In typical capitulatory fashion, the English Cricket Board issued a profuse apology, and the Yorkshire Cricket Club likewise confessed to its alleged transgressions - thus giving passable imitations, in post-modern form, of the behaviour of Stalin's victims during the 1930s Moscow show trials.

A number of Yorkshire Cricket Club officials have resigned, and most of the club's sponsors have deserted it.

This was perfectly predictable, especially after the pointed intervention of the UK minister for sport - who openly threatened cricket with increased "regulation" if it did not immediately purge itself of its institutional racism. UK health secretary and Conservative Party member, Sajid Javid, also weighed in, saying, "heads should roll at Yorkshire CCC."

A few days after Rafiq's parliamentary performance, the Times published screenshots of a series of anti-Semitic Facebook comments made by him - which are just as offensive as anything his former teammates are alleged to have said to him. Rafiq is also alleged to have sent 'creepy' messages to a teenage girl in 2015. These incidents, however, have received nothing like the same level of media attention.

Even for the woke elites, their gross hypocrisy in relation to Rafiq is simply breathtaking - their position seems to be that Yorkshire Cricket Club must be destroyed, and English cricket must be restructured and purged of racism, on the basis of allegations made by an admitted anti-Semite. The irrational dictates of woke ideology make for some very strange bedfellows indeed.

The current Australian cricket scandal differs in subject matter and intensity from its English counterpart, but not in substance.

It centres on Tim Paine, who was appointed Australian cricket captain after the disgraceful Cape Town cheating incident in March 2018, which led to the sacking of then-captain Steve Smith and senior player David Warner. Smith and Warner are now back in the Australian team, after serving 12-month suspensions.

Paine has performed well as captain during what has been a very difficult period for Australian cricket. How has he been rewarded for his efforts?

Two weeks ago, media outlets published a 2017 text exchange between Paine and a female employee of Cricket Australia, the sport's governing body in this country. The texts were of an explicit sexual nature and included what is colloquially known as a 'dick pic' (apparently, this is an integral component of contemporary courtship rituals).

Paine apologised for his behaviour, and immediately resigned as Australian captain. The woke media predictably had a field day in condemning Paine, and the current board of Cricket Australia enthusiastically joined in that condemnation.

In the week following Paine's resignation, the facts surrounding the texting incident emerged. It became clear that the text exchange - which was very brief -was consensual. The exchange occurred in 2017 - before Paine had been appointed captain - but the woman did not complain to Cricket Australia about it until 2018.

Cricket Australia immediately established an internal inquiry when it received the complaint. Paine admitted to sending his texts and apologised. The female complainant, however, refused to participate in the enquiry unless she received an apology and $40,000 for 'legal costs'. These demands were refused.

In the circumstances, and because the texts were consensual and private, Cricket Australia, quite correctly, found that Paine had not breached the sport's code of conduct.

More importantly, it was revealed that the female complainant was sacked by Cricket Australia for stealing, and this week she appeared in court facing criminal charges. It was also disclosed that she had tried to sell her story to a current affairs television program - without success.

Notwithstanding the above facts - which are not in dispute - the current Cricket Australia board has continued to condemn Paine. He has now announced that he is taking a break from cricket, and that he is not available to play in the Ashes tests. To add insult to injury, Cricket Australia has announced that the cheat, Steve Smith, has been appointed vice-captain of the Australian team.

Once again, the blatant hypocrisy exhibited by Cricket Australia simply beggars belief. Cricket Australia sees no issue in two self-confessed cheats playing in the Australian team, but takes the view that a player who was cleared of any wrongdoing by its own internal inquiry process is not fit to be captain - in circumstances where the accusations made against him were made by an alleged thief.

Nor does Cricket Australia seem to care one jot that the current scandal - which it is responsible for - will undoubtedly adversely affect the Australian team's performance in the forthcoming Ashes tests.

Fortunately, Paine has received a great deal of support over the past week. The chairman of the former board of Cricket Australia has rightly condemned the current board's actions, and Cricket Tasmania - Paine is a Tasmanian - has echoed those criticisms.

Even so, it is clear that the woke elites' irrational drive to remake sport in their own image will stop at absolutely nothing - including destroying famous sporting clubs, ruining the careers of loyal players and utilising extremely flawed complainants to achieve their own ends.

Cricket is just the latest sport to have come under concerted attack from the woke elites.

Governing bodies of other sports, together with all genuine sports fans, should watch the outcome of the current cricket scandals in England and Australia with keen interest.

Your sport could well be next.