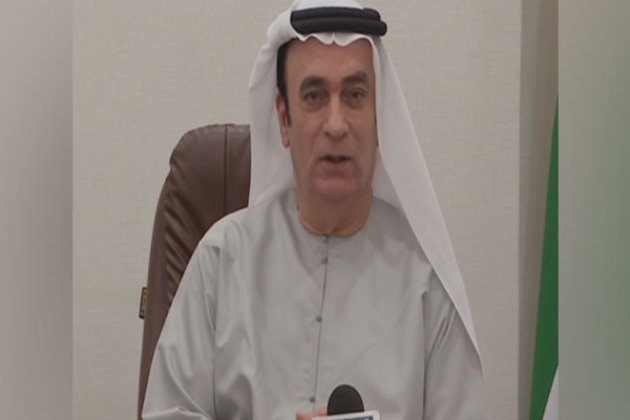 New Delhi [India], November 25 (ANI): UAE Ambassador to India Ahmed Albanna on Wednesday expressed hope for the resumption of pre-Covid flight services with India, citing a spike in airfare and dearth of seats as the carriers are not running at their hundred per cent capacity.

Speaking at a press conference here, Albanna said, "The only thing we are facing a little bit of challenge is on (the issue of) flights. Under the Air Bubble Agreement, we are restricted to carrying a certain number of passengers. Our main carriers are carrying only 30 per cent of the total capacity of their entitlement under the Air Service Agreement. And that is what is affecting the traffic and price." He added that UAE is working with Indian authorities to see if travel can be eased.

Noting the limitations of people coming to India, the UAE envoy said, "I am sure we will see double the amount of travellers between UAE and India if we go back to the normal air service agreement."The envoy said the air service agreement was suspended due to the COVID situation and we got into an arrangement called the air bubble agreement. "There is a clause 24 in the Air Services Agreement which says that if carriers reach 80 per cent then it means they have reached 100 per cent. Indian carriers have reached 100 per cent," he said.

"There were 1,068 flights a week between the UAE and India before the COVID-19 pandemic. Out of that, over 500 were Indian carriers and over 400 were UAE carriers. Both carriers were running at almost 100 per cent. The clause is very clear that when we reach 100 per cent, we have to renegotiate. There were two rounds of negotiations, one in Mumbai in the year 2017 and one in Delhi just before the pandemic in 2019," the envoy added.

Answering a question on the nature of cooperation on Quadrant between India, UAE, Israel and US, the envoy said, "The Quadrant is an economic arrangement between the four countries. It is an economic bloc which concentrates on economic collaboration and business collaboration between the four countries.""We have had very strong trilateral arrangments. India, UAE and Israel. Now the US is part of this Quadrant. Yes, there will be a meeting for the ministers. We are doing the preparation work now for technical work. Once that is done. the minister will meet," he added. (ANI)