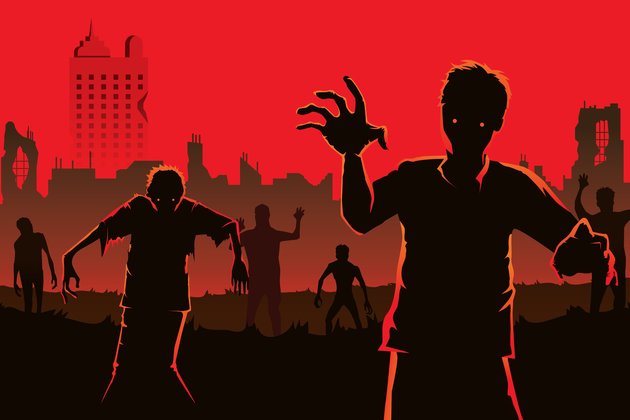 In this episode of The Conversation Weekly, why some economists are worried about a growing army of "zombie companies" with lots of debts - and what this could mean for the shape of our economies. And researchers have found a new way to prevent predators from eating endangered birds and their eggs - via a form of biological, psychological warfare.

With interest rates at record lows, many companies have been able to borrow money at very little cost. This cheap cash, which was flooding financial markets before the pandemic began, led some companies to rack up some big debts. Economists call these "zombie companies" - firms that may struggle to pay the interest on their large debts. It's a problem that's been exacerbated by the pandemic, as revenues dried up in many sectors of the economy.

Governments around the world have stepped in to help companies through the economic crisis caused by COVID-19, but there may be a reckoning ahead. Karl Schmedders, professor of finance at the International Institute for Management Development in Lausanne, Switzerland, explains how zombie companies are born and why the pandemic could have made the problem worse. "It will be a very difficult process to slow down the support of worldwide economies without causing another recession that then is caused by zombie company insolvencies," he tells us. Schmedders says 2021 is likely to see a wave of mergers and acquisitions as a result.

We also hear from Sandy Brian Hager, senior lecturer in international political economy at City, University of London, about why the size of a company has a bearing on how easy it's been able to access all this cheap money. His research shows that smaller US corporations have been historically disadvantaged when it comes to borrowing, which concentrated power in the hands of larger corporations. He's worried we'll see a K-shaped recovery, which will exacerbate the divergence in fortunes between small and large companies even further.

Hager tells us that since the pandemic first hit, larger corporations have seen their profitability restored and financial conditions improve, "whereas smaller corporations are heading in the opposite direction".

In our second story, we hear about a new technique to protect endangered birds whose nests are often attacked by invasive predators. Scientists used fake smells to trick predators such as ferrets and hedgehogs into ignoring the birds' eggs. Catherine Price, postdoctoral researcher in conservation biology at the University of Sydney, who worked on a study testing out the idea in the Mackenzie Basin on New Zealand's South Island, explains what they did - and just how successful it was.

And Luthfi Dzulfikar, associate editor at The Conversation in Indonesia, gives us his recommended reads.

The Conversation Weekly is produced by Mend Mariwany and Gemma Ware, with sound design by Eloise Stevens. Our theme music is by Neeta Sarl. You can find us on Twitter @TC_Audio, on Instagram at theconversationdotcom. or via email on podcast@theconversation.com. You can also sign up to The Conversation's free daily email here.

A transcript of this episode will be available shortly.

You can listen to The Conversation Weekly via any of the apps listed above, our RSS feed, or find out how else to listen here.