Violence Against Jews Rose Last Year in US, Germany 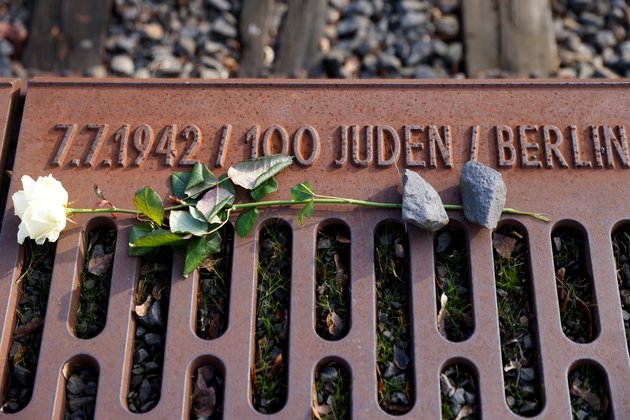 WASHINGTON - The number of violent attacks against Jews in the U.S. and Germany rose last year even while anti-Jewish violent incidents decreased elsewhere around the world amid the coronavirus pandemic, an Israeli academic research group reported on Wednesday.

In its annual report, the Kantor Center for the Study of Contemporary European Jewry at Tel Aviv University identified 119 anti-Jewish violent incidents in the United States last year, up from 111 in 2019. The U.S., home to the largest Jewish population outside of Israel, has seen a steady rise in anti-Semitic violence in recent years.

About 4.2 million American adults identify as Jewish "by religion," representing 1.8% of the U.S. adult population, according to a 2013 Pew Research estimate. A more inclusive estimate by the American Jewish Year Book in 2019 put the number at 6.9 million.

In Germany, with a Jewish population of more than 100,000 Jews, the Kantor Center received reports of 59 violent incidents targeting Jews last year, up from 41 in 2019. The total number of anti-Semitic incidents in German rose by 12% last year, according to the report.

In both countries, vandalism accounted for most of the violent incidents, the report said.

In most other countries, including Western nations with large Jewish populations such as Australia, Canada, France and Britain, the number of anti-Jewish attacks dropped. The Kantor Center said it received reports of a total of 371 such incidents around the world, down from 456 the previous year.

Dina Porat, head of the Kantor Center, said the overall decrease was due to reduced physical encounters during the pandemic. In Germany and the United States, however, stepped up activity by far-right groups such as the QAnon conspiracy movement led to a rise in anti-Semitic violence, she said.

"The German extreme right follows the U.S. one in a number of ways, including followers of the QAnon movement, and the use of the Dark Net," Porat said. "Such a strengthening of the far right was not registered in the U.K., Australia, and in France and Canada."

No one was killed for being Jewish last year, the Kantor Center report said, adding that the number of bodily injuries fell sharply to 107 in 2020 from 170 in 2019. Property damage also fell as many people stayed home during the pandemic, according to the report.

This is the Kantor Center's 27th annual report on anti-Semitism around the globe, according to Porat. It is based on thousands of testimonies submitted by rights organizations and academics in about 35 countries.

While anti-Jewish violence declined overall, vandalism of Jewish synagogues, graveyards and Holocaust memorials increased by more than 20% last year, rising from 130 to 159 cases. These sacred places were "closed or unguarded due to the lockdown and therefore easy prey for anti-Semitic vandalism," the report said.

With most people staying home for long stretches during the pandemic, online expressions of anti-Jewish hatred and abuse surged, with Jews and Israelis often blamed for creating and spreading the "judeovirus" - an anti-Semitic wordplay on "coronavirus."

The role of 'anti-vaxxers'

Jews have long been blamed for all manner of evil in the world, said Porat, but the accusation that they created a deadly virus that originated in China for their own profit is graver than anything they've experienced before.

"When you blame Jews, for instance, for an economic crisis or war or revolution, fine, this we know, but blaming them for this [virus that causes COVID-19], I think, is very serious," Porat said.

Much of the anti-Jewish venom during the pandemic came from opponents of vaccines, with "anti-vaxxers" comparing lockdowns to imprisonment in Nazi concentration camps and describing vaccines as "medical experiments" conducted by the Nazis.

"In Germany, where opposition to the vaccines is particularly strong, demonstrators wore a yellow star on their clothes, with the word 'unvaccinated,' replacing the word 'Jew,' and called Chancellor [Angela] Merkel a Nazi," the report said.

But the accusation that Jews and Israelis created the virus was not limited to anti-vaxxers, white supremacists and Iran, Turkey and the Palestinian Authority, the report said.

"It also spread to populations with no well-defined political or ideological identities," it said.

In the U.S., 200 cases of Zoom bombing were recorded, the report said.