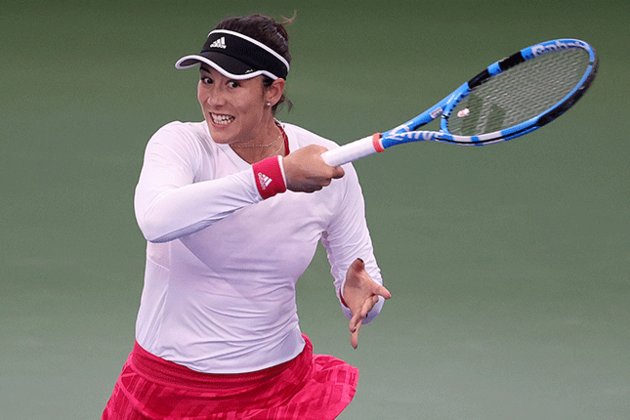 Top seed Simona Halep and Spaniard Garbine Muguruza set up a semi-final clash in the Italian Open on Saturday, a battle of former French Open champions before Roland Garros.

Halep -- the 2018 French Open winner -- reached the Rome semi-finals for the fifth time after Kazakh rival Yulia Putintseva retired injured while trailing during their match on Saturday.

The world number two was leading 6-2, 2-0 in the quarter-final clash on clay in Rome when Putintseva signalled that she was retiring after 45 minutes with a lower back injury.

"It's a big challenge," said Halep of meeting Murguruza, who like the Romanian is also a Wimbledon champion.

"Muguruza, she feels really good on clay court and here, as well."

Muguruza leads Halep 5-2 in previous meetings but both the Romanian's wins were on clay.

Ninth seed Muguruza has reached the semi-finals in Rome three times, but the Spaniard has never advanced to the finals.

Halep has twice finished runner-up in Rome in 2017 and 2018, and "really wants to win" the tournament.

"It's one of the biggest goals now," she said.

"I love Rome, I love Italy, and every time I have a chance I come on holiday here, so I feel really good when I play here in Italy."

Putintseva, ranked 30, had reached the quarter-finals of the US Open, which Halep skipped because of coronavirus concerns.

And the Romanian said she was pleased with her return on clay with her three wins in Rome this week extending her streak this season to 12 consecutive victories.

She won the Dubai title in February, before the coronavirus lockdown, coming back to claim victory in Prague last month.

"It was really good that I didn't miss much," she said of Saturday's match played in front of empty stands at Foro Italico.

"Serve was great. The return was not great, but still, I take it as a very good match. Maybe the best of this tournament."

Azarenka's successful run ended after winning the Cincinnati title and reaching the US Open final.

But after taking the first set the Belarussian ran out of steam in the 2hr 19min clash.

Halep, meanwhile, said she was looking forward to the "good energy" generated by the crowd with games from Sunday's semi-finals to be played in front of 1,000 spectators.