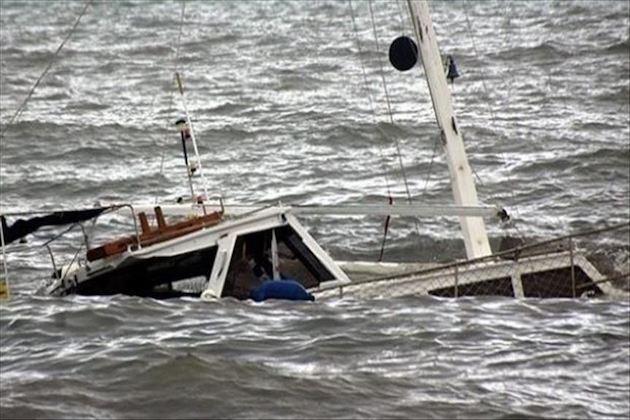 At least 11 people died in the central Indian state of Madhya Pradesh after the boat they were in capsized when carrying an idol of the Hindu god Ganesha.

The incident took place at around 4.30 a.m. local time when a boat carrying around 20 people immersing an idol of the Hindu god Ganesha capsized in a lake in Bhopal, remembered as the site of a 1984 industrial disaster.

Six people have been rescued. A search operation is underway.

Minister of State PC Sharma told Anadolu Agency: "11 people died in the incident. The people who drowned were taking a huge Ganesha idol and during immersion, the boat they were sitting in tilted and then capsized."

"We have already ordered an inquiry into the incident," he said.

The ritual represents the birth cycle of the Lord Ganesha.

The state government has announced compensation of 4,00,000 rupees ($5,600) to the families of those who have died.

The immersions, which began on Anant Chaturdashi on Thursday, continued into Friday morning in several parts of Mumbai, Pune, and Sangli, officials said.

There were four deaths in Amravati, three in Ratnagiri, two each in Nashik, Sindhudurg and Satara, and one each in Thane, Dhule, Buldhana, Akola, and Bhandara.

In Thane, a 15-year-old boy, identified as Kalpesh Jadhav of Kasara, drowned while immersing a Ganpati idol. The incident took place around 7.30 p.m. (1400GMT) on Thursday, an official said.

The bodies of four people who took part in immersion on Thursday in the Purna River in the village of Watole Shukleshwar, Amravati were fished out, he said.

China: Covid-19 Not as Deadly as Other Coronaviruses

GENEVA, SWITZERLAND - China has published new data on more than 44,000 confirmed cases of Covid-19, which show the disease ...

Taliban confident of reaching deal with U.S. by end of month

ISLAMABAD, Pakistan - The Taliban appeared confident Monday it will sign a peace agreement with the United States by the ...

MILAN - The cardinal's response was not what Yolanda Martinez had expected - or could abide.Her son had been sexually ...

Ring of Fire next front in battle for Indigenous legal orders

The struggle over the mineral deposits in Ontario's Ring of Fire has taken a surprising turn.With all eyes on British ...

Chinese health officials said Sunday that the number of new cases of the coronavirus has slowed for the third consecutive ...

LONDON, UK - Shares in the UK and Europe were on the rise on Monday, although markets were quiet with ...

Securities and Exchange Board of India to allow fintech products tests

MUMBAI, India - Stock market regulator, the Securities and Exchange Board of India (SEBI) on Monday decided to allow live ...

SYDNEY, Australia - Shares in Japan sank on Monday as the country's economy recorded its slowest quarterly growth in six ...

NEW YORK, New York - The State of New York will not be appealing the case it jointly pursued with ...

DUBAI, UAE - The 25th Gulfood, which is considered one of the largest food exhibitions in the world has started ...