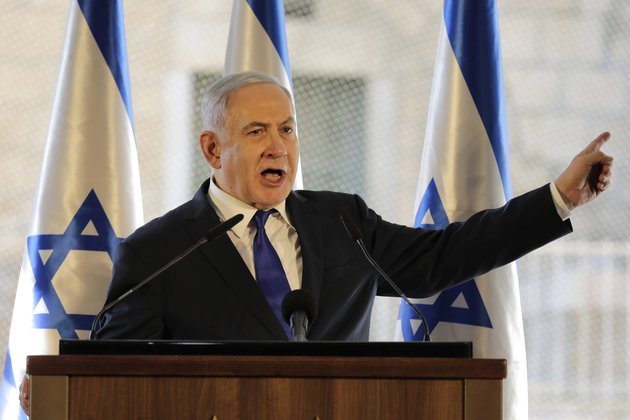 Speaking to reporters Monday, Benjamin Netanyahu said the facility was discovered from records that Israel said it had seized from an Iranian nuclear warehouse early last year.

He showed a satellite photo of the facility in the southern Fars province's Abadeh area in June, followed by a second photo of what he said was the site being destroyed in July, after the Iranians realized they'd been discovered.

Netanyahu, a fierce critic of the international nuclear deal with Iran, says Tehran is trying to develop a nuclear weapon - a charge Iran denies.

ABUJA, Nigeria - The Indian Mission in Nigeria on Sunday said that 20 seafarers who were kidnapped by pirates last ...

Prince Harry and Meghan to cut formal ties with Palace

More than one billion mammals, birds, and reptiles across eastern Australia are estimated to have been affected by the current ...

SAN JOSE, California - Apple has added a new toggle that addresses privacy concerns around the location tracking feature on ...

DUBAI, UAE - The 800MW third phase of Dubai's solar park will be operational in April, the Dubai Electricity and ...

WASHINGTON, DC - The Pentagon on Thursday awarded more than half-a-billion dollars in defense contracts.With around 0.53 cents in every ...

SYDNEY, Australia - Stock markets in Asia finished in the black on Friday, despite the release of economic data in ...