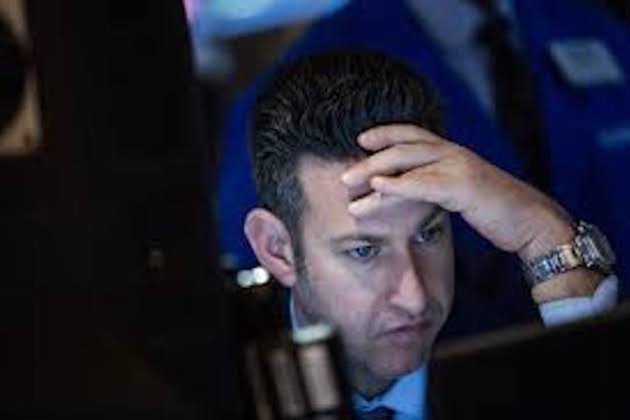 "It was all negative and not much positive today," Chuck Carlson, chief executive officer at Horizon Investment Services in Hammond, Indiana told the Reuters Thomson news agency Wednesday. "We're outside of the earnings season and markets are being batted around by news."

"It's a reactionary market right now and probably will continue to be," Carlson added. "My guess is we're probably in for this until after Labor Day."

"It could be different this time," Carlson said. "When you've got $15 trillion in global government debt at negative yields, that's a new animal.

"Even if it is accurate in foreshadowing a recession, that doesn't mean it's coming tomorrow," he added.

On foreign exchange markets the U..S. dollar and safe-haven currencies, the Japanese yen and Swiss franc were in demand.

Asian markets escaped the turmoil, absorbing the negative data out of China, but being unaware of the German contraction.

China's industrial ouput for last month came in at 4.8%, well short of expectations by analysts of 5.8%, and last year's July figure of 6.3%.