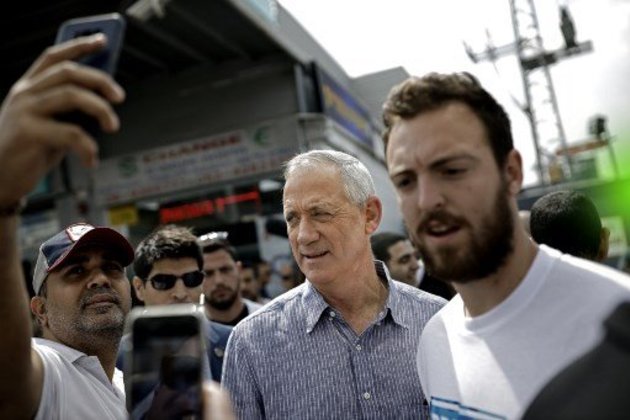 A Filipino migrant worker and her Israeli-born teenage son were in the process of being deported from Israel on Sunday night after successive court appeals failed, an NGO lobbying for children of migrants said.

Rosemarie Perez was arrested by immigration officials along with her 13-year-old son Rohan on Tuesday for overstaying her work visa.

On Sunday night, the two were under escort at Ben Gurion International Airport, near Tel Aviv, waiting to be put on board an El Al flight to Hong Kong, from where they would fly to Manila, said Beth Franco of United Children of Israel (UCI).

"They're flying out tonight," she said, adding that Rohan had never been outside the Jewish state before.

"She has been here illegally for 10 years," Haddad said.

UCI argues that it is cruel to send Rohan - and other children of migrants - to a country they have never seen and where they do not speak the language.

Last week, migrants, their children and native Israelis staged a protest in Tel Aviv against the policy of deporting Israeli-born children of migrants.

Rohan has "never been to the Philippines, he doesn't speak the language, Hebrew is his first tongue", said Franco, adding that it had been his dream to serve in the Israeli army.

"He sees this country as his own," she said.

Haddad could not immediately confirm that the mother and son were on their way out of the country.

She said that Rohan's father was a Turkish national who left Israel several years ago.

Many of the 28 000 Filipinos - largely Christian - in Israel arrived to work as caregivers and domestic workers, but according to UCI, some 600 families could now face expulsion after losing their residency status.

So far this year, 36 caregivers with Israeli-born children have signed deportation notices promising to go home between July 15 and August 1, including 25 Filipinos, two Nepalese, one Indian and one Moldovan.

Israel has long-term fears about maintaining a Jewish majority in the country founded as a national homeland for Jews in the wake of the Holocaust.

GET THE NEWS at your fingertips and download the News24 app for Android here now. Get it for your iPhone here.

NEW YORK, New York - U.S. industrial stocks rose on Monday, while the technology sector, headed by the Nasdaq, had ...