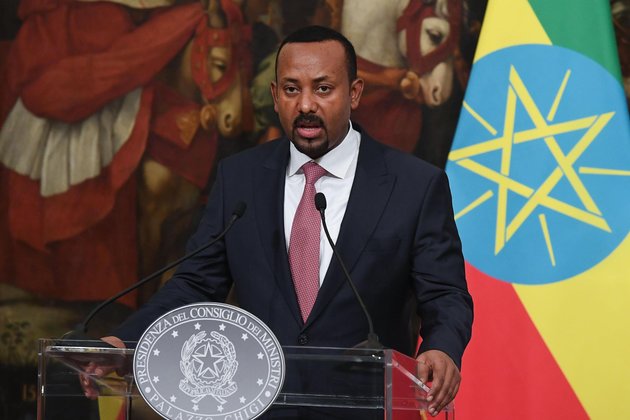 Ethiopia has survived several dark epochs in its long history. One of them is known as Zemene Mesafint - the era of princes. This period, between the mid-18th and mid-19th century, got its name from the Bible because it mimics the biblical "period of judges" in Israel's history.

Joshua, who guided Israel in the last and critical part of their journey of liberation and helped them to settle in the promised land, had just passed away. Upon his death, the central point in Jewish life started to dissipate. The nation splintered into 12 tribes; a vicious cycle of violence and lawlessness followed.

In the same way, Zemene Mesafint was a treacherous time in Ethiopia. Its union was seriously threatened by power-hungry regional warlords. The nation's political and institutional architecture was tested as the real power deserted the central government and lay instead with regional leaders.

In the pre-Zemene Mesafint period, monarchs were the symbols of the union. They were supreme judges, responsible for settling political squabbles. Then, there was the church to provide theological justification for the union.

Scholars believe that heightened regionalism during Zemene Mesafint brought Ethiopia to the brink of disintegration. But there are two reasons this may not be the case. First, there is no definitive evidence that the princes or warlords were seeking regional autonomy. Their intentions could be interpreted instead as a way of consolidating their regional power bases with a view to stepping towards the centre.

Second, another powerful non-state actor was in favour of unity at the time: the Ethiopian Orthodox Church. It was a powerful unitary machine whose major aim was advancing its message beyond one region. The Church had a lot to lose from disintegration. It also had a history of unseating leaders who tried to stand in its way.

So religion provided a theologically informed political tool - a national myth of a social covenant - to abate the looming danger. Ordinary citizens used this notion to invent their own version of volksgiest; a way of life. Their principal concern was negotiating their space with ethnic and religious others. Ultimately, the social tool that religious intellectuals deployed to avoid existential crisis became an opportunity that could help to reconfigure the Ethiopian union.

But it proved to be a missed opportunity. The leaders chose coercion, not conviction, as a means of unifying. Its ripples are still seen in Ethiopia today: grievance, entrenchment and revenge are swiftly becoming the new normal. Politicians, activists and media outlets continue to deconstruct old narratives and perpetuate new grievances. Nobody, however, is as busy reconstructing a new, inclusive story.

The last three decades in Ethiopia have been a search for a new myth. The ethno-federalist system had legitimate logic: bringing about the dignity of (cultural and linguistic) difference between nations and nationalities. However, its rhetoric was drawn from the difficult past instead of the hope of better future. To make matters worse, it became a breeding ground for social and economic injustice.

In the absence of farsighted political elites who may have been able to craft a new inclusive myth out of the stories of nations and nationalities, ethnic groups had to walk back to find their stories in their own small compartments. This exacerbated narrow ethnic histories and ideals.

The first few months after Abiy Ahmed became Prime Minister in April 2018 were a great demonstration of what is missing in Ethiopia.

He did not come up with a new economic programme; nor did he bring a fresh political road map. Instead he emerged telling a new story with the potential to become a new myth. He branded it "medemer" - togetherness. However raw and under-explored, his story was a breath of fresh air. Hope was palpable on the air.

But now it feels as if that were a century ago. The notion of "medemer" needed well-intentioned scholars to play the role of midwife and an unwavering commitment from the Prime Minister himself to nurture this philosophy and to reinforce it with action. This has not happened. And so, a rather hopeful concept which could have become a unifying legend seems to have failed.

As time passed, the philosophy of "medemer" became a means of pledging support to the Prime Minister.

Even more worrying, it became an all-purpose tool to build a personality cult around the man who gave birth to it. The Prime Minister did not protest this. He did not take an intentional step to detach himself so the philosophy could have a life of its own. Ethiopian intellectuals - who may have been able to guard against exactly this - seem either too entrenched in enthno-nationalist thinking themselves or too politically opportunist to take a critical distance from Abiy.

Ethiopia is now a secular state. No religious group has the sort of legitimacy the Ethiopian Orthodox Church once did to reconfigure the country's social contract.

How could this situation be turned around?

The answer, I believe, lies with ordinary Ethiopians rebuilding the idea of unionism, whose spirit is far from dead. Instead, it has retreated to the humble corners of the society. It is timidly murmured in prayer rooms, discussed at kitchen tables, embedded in songs that yearn for better days and concealed in sublime art forms. An example is a recent poem by Ethiopian actress and poet Alemtsehay Wedajo:

The masses - the silent majority - crave forgiveness and peaceful coexistence. They have nothing to gain from conflict and disintegration. No normal ordinary person, regardless of ethnic belonging, is enthusiastic about the uncertainty of possible balkanisation. In Ethiopia, it's time for a new unionism to find a reliable agency.