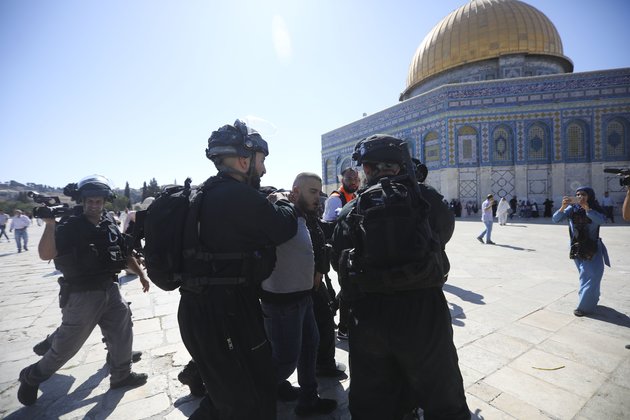 JERUSALEM - Clashes have erupted between Muslim worshippers and Israeli police at a major Jerusalem holy site during prayers marking the Islamic holiday of Eid al-Adha.

It was not immediately clear what sparked the violence at the site, which Muslims refer to as the Al-Aqsa mosque compound and Jews refer to as the Temple Mount. Thousands of Muslims had flocked to the site early Sunday for holiday prayers.

It is the holiest site for Jews and the third holiest for Muslims. It has long been a flashpoint in the Israeli-Palestinian conflict.

Israeli police barred entry to the compound to Jewish visitors Sunday before clashes erupted. Sunday is also the Ninth of Av, the Jewish day of mourning for the destruction of the two Biblical temples built on the site in antiquity.