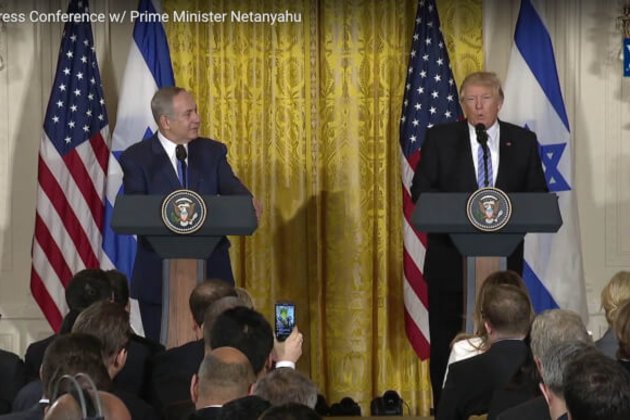 Israeli Prime Minister Benjamin Netanyahu is a man of many hats, including a warmonger, a racist, and an ardent foe of the Two-State solution, which is a plan for peace with the Palestinians based on compromise.

The mercurial rightwing Israeli leader, who is the target of a wide-ranging corruption probe by the Israeli Attorney General, also fashions himself as an amateur anthropologist declaring after reading an article in Science Magazine recently that the "Palestinians" were never indigenous to the Holy Land and are actually descendants of Europeans.

Netanyahu turned to Twitter this week to document his assertions, declaring in one Tweet,"A new study of DNA recovered from an ancient Philistine site in the Israeli city of Ashkelon confirms what we know from the Bible - that the origin of the Philistines is in southern Europe."