CNN has interim victory in lawsuit against Trump 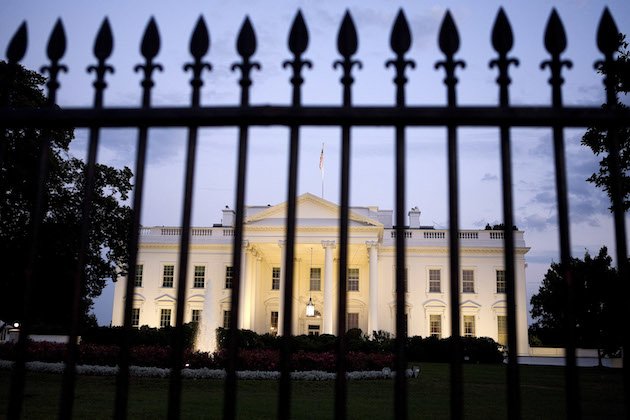 ATLANTA, Georgia – In a humiliating defeat, the Trump administration has been ordered to reinstate the access credentials to CNN's Chief White House correspondent Jim Acosta.

As part of a wider lawsuit against Mr Trump and several White House aides, federal judge Timothy J. Kelly acceded to an application for an interim injunction to allow Acosta to have temporary access to the White House, pending the outcome of the trial.

The lawsuit, launched earlier this week by the Atlanta-based cable TV network and Acosta, alleges CNN and Acosta's First and Fifth Amendment rights were violated by the suspension of his press pass las week.

On being successful with the interim order, one of CNN's legal team Ted Boutrous, claimed: "This is a great day for the First Amendment and journalism."

For his part, Acosta's only comment was: "Let's get back to work."

The White House accepted the ruling.

"We will temporarily reinstate the reporter's hard pass," Press Secretary Sarah Sanders said Friday. Foreshadowing other restrictions however, she added: "We will also further develop rules and processes to ensure fair and orderly press conferences in the future. There must be decorum at the White House."

CNN Washington bureau chief Sam Feist said his expectation was that Acosta would be back at the White House on Friday afternoon.

Judge Kelly in his ruling said the White House did not provide Acosta with due process in revoking his press pass. He said he was merely enforcing the law although he seemed to indicate he had doubts about the law he was enforcing.

"I've read the case closely," he said. "Whether it's what I agree with, that's a different story. But I must apply precedent as I see it."

In a rebuke of the White House however, Kelly said Sanders' initial claim that Acosta had inappropriately touched the White House intern who was attempting to take the microphone from him at the news conference was "likely untrue" and "partly based on evidence of questionable accuracy."

Kelly is on the bench after being appointed by Trump in 2017.

"We are gratified with this result and we look forward to a full resolution in the coming days. Our sincere thanks to all who have supported not just CNN, but a free, strong and independent American press," the cable television network said in a statement released on Friday.

China: Covid-19 Not as Deadly as Other Coronaviruses

GENEVA, SWITZERLAND - China has published new data on more than 44,000 confirmed cases of Covid-19, which show the disease ...

Taliban confident of reaching deal with U.S. by end of month

ISLAMABAD, Pakistan - The Taliban appeared confident Monday it will sign a peace agreement with the United States by the ...

MILAN - The cardinal's response was not what Yolanda Martinez had expected - or could abide.Her son had been sexually ...

Ring of Fire next front in battle for Indigenous legal orders

The struggle over the mineral deposits in Ontario's Ring of Fire has taken a surprising turn.With all eyes on British ...

LONDON, UK - Shares in the UK and Europe were on the rise on Monday, although markets were quiet with ...

Securities and Exchange Board of India to allow fintech products tests

MUMBAI, India - Stock market regulator, the Securities and Exchange Board of India (SEBI) on Monday decided to allow live ...

SYDNEY, Australia - Shares in Japan sank on Monday as the country's economy recorded its slowest quarterly growth in six ...

NEW YORK, New York - The State of New York will not be appealing the case it jointly pursued with ...

DUBAI, UAE - The 25th Gulfood, which is considered one of the largest food exhibitions in the world has started ...